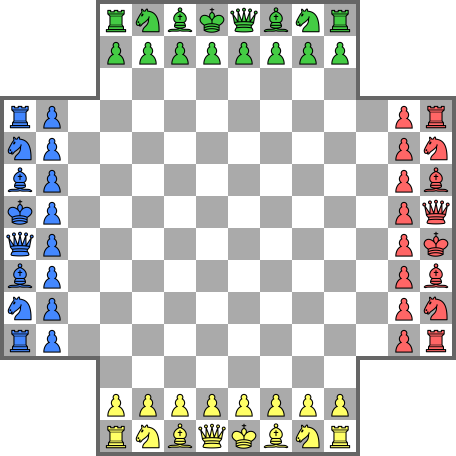 Pieces move like in standard chess. Pawns move towards the opposite side. They promote only on the other side, on the baseline of the opposite player. If a pawn leaves this path and hits the side of the board three fields earlier, it does not promote but stays there as a pawn. From there it can become useful only by capturing again.

Allies begin side by side. There is another variant where they start face to face: Four-Handed Chess.

Because the board is large the long range pieces (bishop, rook, queen) are much more powerful compared to the other pieces (pawn, knight, king).