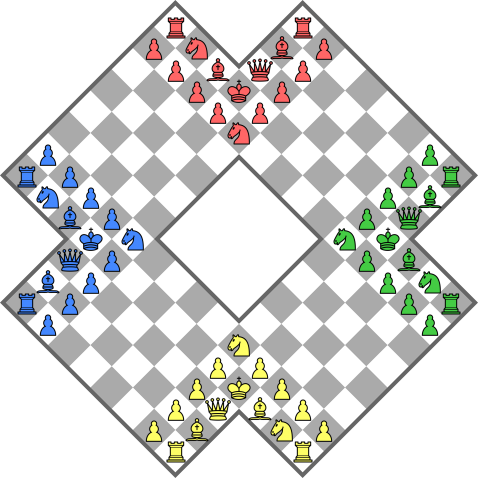 Four-player chess variant played on a grid-based board with circular structure.